2015 RUGBY WORLD CUP Don Valley Engineering proposals engineer Richard Rooth. Has been selected to be part  of “THE PACK” volunteering his services for the  “Spectator Services” for the Rugby World Cup 2015.  A role similar to  what the game makers did for the 2012 London Olympics. Richard a former rugby player and keen supporter, was nominated by his local […] 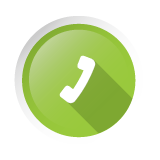