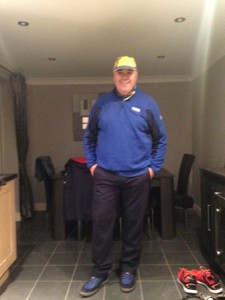 Don Valley Engineering proposals engineer Richard Rooth. Has been selected to be part  of “THE PACK” volunteering his services for the  “Spectator Services” for the Rugby World Cup 2015.  A role similar to  what the game makers did for the 2012 London Olympics.

Richard a former rugby player and keen supporter, was nominated by his local rugby club  Thornensians RUFC, where he now coaches the juniors  and  manages the Vets team.

If you are attending any of the games, look out for Richard in his colourful uniform, he will be  working at  Elland Road stadium, where the Italy v Canada and Scotland v USA games, are to be played. Good Luck Richard and enjoy the occasion.

We are experts in design, build
and installation.

Our team’s unique skills at Don Valley Engineering Ltd. are highly regarded. We are able to offer YOU standard units across the range but most of our clients utilise our company’s Bespoke Design service to Guarantee Enhanced
Plant Production. We stand tall in Designing and Manufacturing robust equipment that is Built to Last!

Call Us NOW!
We can help you.

We use cookies on our website to give you the most relevant experience by remembering your preferences and repeat visits. By clicking “Accept All”, you consent to the use of ALL the cookies. However, you may visit "Cookie Settings" to provide a controlled consent.
Cookie SettingsAccept All
Manage consent

This website uses cookies to improve your experience while you navigate through the website. Out of these, the cookies that are categorized as necessary are stored on your browser as they are essential for the working of basic functionalities of the website. We also use third-party cookies that help us analyze and understand how you use this website. These cookies will be stored in your browser only with your consent. You also have the option to opt-out of these cookies. But opting out of some of these cookies may affect your browsing experience.
Necessary Always Enabled
Necessary cookies are absolutely essential for the website to function properly. These cookies ensure basic functionalities and security features of the website, anonymously.
Functional
Functional cookies help to perform certain functionalities like sharing the content of the website on social media platforms, collect feedbacks, and other third-party features.
Performance
Performance cookies are used to understand and analyze the key performance indexes of the website which helps in delivering a better user experience for the visitors.
Analytics
Analytical cookies are used to understand how visitors interact with the website. These cookies help provide information on metrics the number of visitors, bounce rate, traffic source, etc.
Advertisement
Advertisement cookies are used to provide visitors with relevant ads and marketing campaigns. These cookies track visitors across websites and collect information to provide customized ads.
Others
Other uncategorized cookies are those that are being analyzed and have not been classified into a category as yet.
SAVE & ACCEPT